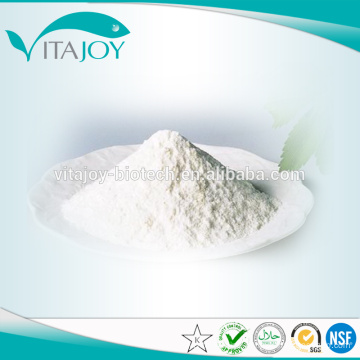 Pramiracetam   1).Chemacil name: N-(2-(Bis(1-methylethyl)amino)ethyl)-2-oxo-1-pyrrolidineacetamide;
2).By name: Amacetam;
3).CAS No.: 68497-62-1;
4).Molecular Formula: C14H27N3O2;
5).Molecular Weight: 269.38;
6).Appearance: White crystal;
7).Spec.: 99.0%(HPLC);
8).Usage:Anti-Alzheimer'drug;   Function The main ingredient of NEUPRAMIR is pramiracetam, a pharmaceutical product with nootropic effects. Experimental studies have proved it to be effective in improving memory and learning capacity.
Pramiracetam is a nootropic drug derived from piracetam, and is more potent (i.e. lower dosage is used). It belongs to the racetam family of Nootropics.
Pramiracetam was developed based on Piracetam, and is 8-30 times stronger than Piracetam. It goes by the trade name Neupramir or Pramistar. Pramiracetam (2-(2-oxopyrrolidin-1-yl)-N-[2-(diisopropylamino)ethyl]acetamid) is another nootropic that is derived from piracetam, but is roughly 10 times more potent. It was originally developed by the American pharmaceutical company Parke-David (now a division of Pfizer), which marketed under the name “Remen”. It has also been sold as CI-879, Neupramir, Ectapram, and Pramistar, among others. Pramiracetam is currently produced in Italy, but U.S.-based development has been discontinued. Pramiracetam is a wonderful mind boosting drug which has been found to enhance memory, sharpen intelligence and boost mental energy for an overall energetic performance and vibrant mood. Belonging to the racetam class, this nootropic medicine is much more powerful and potent than its predecessor piracetam not only inimproving memorybut in increasing cognition and attentionas well. Since pramiracetamis known to enhance memory and is seven times stronger than previous nootropic drugs of the same class, this brain boosting medicine proves to be an effective alazhiemer's disease treatment, treatment of memory loss, age related memory decline, lack of concentration, parkinson's disease and other such mind related disorders and conditions. Like the other racetam compounds, pramiracetam has been demonstrated to positively affect cognition. It has been demonstrated to enhance learning and memory in animals; a 30-mg/kg dose enhanced rats’ ability to remember objects that had been previously introduced into their cage. For comparison, a 400-mg/kg dose of piracetam was necessary to elicit the same effect. Similar results have been shown in humans. A 10-month long study in men with brain injuries revealed that 400 mg per day yielded cognitive improvements in just 1 month. Anecdotally, users report that pramiracetam enhance goal-directed and purposeful behavior, as well as better concentration and retention. For the elderly attention and memory disorders, benign aging forgetfulness, Alzheimer's disease.   The recommended dose for pramiracetam as mind power drug to enhance memory for Alzheimer’s disease treatment is one 600mg tablet once or twice daily. However, pramiracetam being a nootropic substance is synergistic with other mind power drugs like choline, DMAE, etc., you must consult a doctor before taking this medicine. The mild side effects include headaches, nausea, stomach upset and insomnia.   COA
Email to this supplier